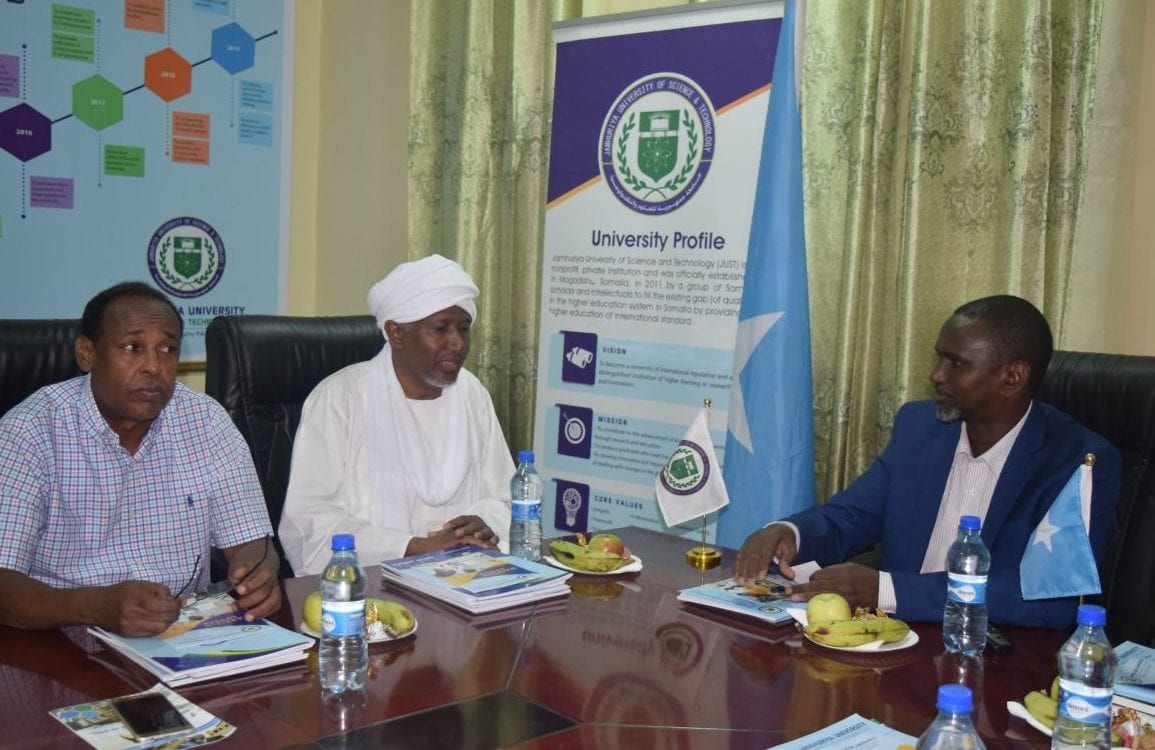 Delegation from Ministry of HESR of Sudan visits JUST

A delegation from the Ministry of Education visited Jamhuriya University of Science & Technology (JUST.  During the visit, the delegation, led by Dr. Tarig Mohamed Nour, General Directorate of Foreign Relations, Ministry of Higher Education & Scientific Research, met with Eng. Mohamud Ahmed Jimale, the president of the JUST  and members of the university executive team.

Dr. Tarig Mohamed Nour expressed his happiness to see Somali education and research institutions raising again after more than two decades of civil war. On his side, the president of JUST expressed the gratitude of Somali community to the Republic of Sudan on their supportive role for Somalia during the civil war period.

Finally, the delegation had a chance to see the different facilities of the university such as Laboratories, Library, class rooms and other infrastructure. The delegation and members from the Ministry of Culture and Higher Education also attended an honor dinner organized by JUST.